The award recognises Ben’s work on and off the pitch over more than four decades and is one of the top accolades handed out by the EFL.

Fleur said: “This is a wonderful and well-deserved recognition for what has been a long and successful career in football.

“Not only has the Chairman guided Burton Albion from non-league to two years in the Championship he has also overseen the move to the Pirelli Stadium, grown the club as a business and positioned it at the heart of the community.

“Success off the pitch has been just as important to the club as success on it and I’m sure the club’s impact in the community has been felt by thousands of people who have no interest in football.

“He has been an inspirational leader and mentor to many people in football and has always earned the respect and admiration of everyone in the game.

“He has shown how to run a football club successfully without changing your values and that’s a major achievement that makes us very proud.”

Head of Community Matt Hancock also praised the Chairman for his dedication to making a difference.

Matt said: “Ben sets the example that everyone follows, and he has always used the brand of the football club to make an impact in the community. Making a difference and supporting those around us is at the very heart of everything we do as a football club and that’s down to Ben’s leadership and his values.

“Everyone at Burton Albion sends their warmest congratulations to Ben on this well-deserved acknowledgment for all that he has achieved.”

EFL Chairman Rick Parry announced the award at the ceremony.

He said: “Ben’s continued determination to give something back to the community has helped put his town on the footballing map.”

Ben Robinson said: “It’s incredible. It has been a fantastic journey for me, and I want to thank the incredible managers who made it possible. Really this award is about those managers I have had the great pleasure and honour to work with and also Fleur and my son Ben and all the staff – we have all worked together because we realised that the power of sport is incredible. and we had a great opportunity to support the community. That’s why I’m so proud of our club.” 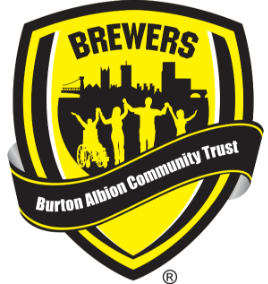